The fear comes as waves. One small surge after another nudging her slowly out of her depth until she is treading water and she knows. The fear is no longer just around her and above her, it is beneath her, rolling and reeling. The tentative solid ground she held is still there, but too far away, she cannot reach it. She tries to keep calm. She can do this. She has done it before. She can tread water, she is strong, she can last until the solid ground comes back within reach. But each second, each minute, each hour of treading water is draining and exhausting. And the fear surrounds her, rushing and billowing. At first, it rocks her and the feeling is familiar and the familiarity deceives her because she has been here before and she knows what to do, she has well-worn strategies for fighting the fear. And so she surrenders to the old familiar rocking and it pulls her off course until she cannot remember which way she is facing and she cannot remember the solid ground that is way, way beneath her. The swell pitches and reels, pulling her this way and that way, until her head is spinning and her body is thrown. And then the fear rises underneath her, propelling her toward the sky, further away from solid ground, and the rocking becomes violent and unpredictable, plunging and pitching her around, and she is drowning in the fear and it is stronger than she is. And as it takes her, masters her, her control slips and she falls back on base instinct, throwing every ounce of her small strong body into survival, a wild, unchecked fight, trusting no one and nothing, not even herself. She is riding the waves because she has no choice and she knows they could crash, overwhelm her at any moment.

There is someone riding the waves with her. She is aware of them. They hold an orange life ring. Sometimes the deluge brings her closer to them and they push the circular object towards her. She won’t take it. Like the initial familiar rocking of the waves, it is a trick, offering false reassurance so she will stop fighting and be lost. Everything is at stake. And she fights the ring and the person too, throwing everything she has at them and more.

The fear is deep and lurching now, crashing in enormous waves all around her. Panic swirls and eddies through the current. Terror winds itself around her limbs, hauling, dragging her down. She reaches out, hands graze rubber. The life ring. Iron fingers grip because she has no choice. She gives herself up to the waves and, with each passing moment, her trust in the orange object increases. She opens her eyes. Her co-swimmer is there, holding fast to the other side. She thinks they are pulling against the prevailing tide. She doesn’t know where they get their strength from. The violent dizzying waters begin to recede, slowly becoming a more gentle bob. They float there, together.

She is spent, exhausted, every particle of fight drawn from her and washed away. She feels the life ring dip and move. Arms reach out and hold her tenderly. She sinks into them, lets them take her weight. They carry her, gently. She becomes aware that the feet of this person are planted on solid ground once more. They sit in the shallows. The waves lap around them. They are drenched in fear but it is no longer ascending. They both know that it will come again, that they will repeat this feat of endurance as many times as it takes.

But for now, they sit. She is held. She is safe. She closes her eyes. The wind strokes her face. And for a time, she sleeps. 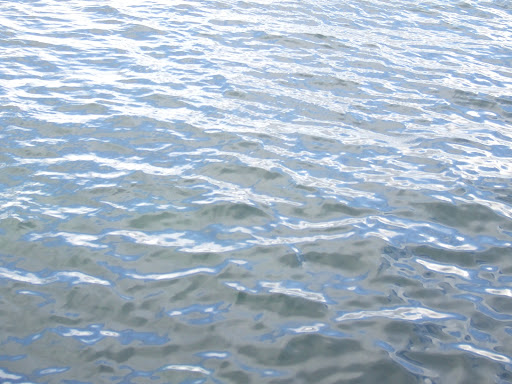