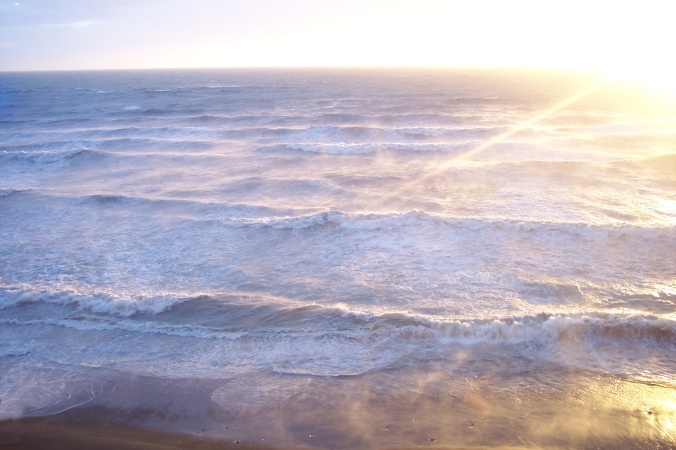 A couple of days ago, a simple five-word status rolled past in my Facebook memories. Just five words. Five words that, in a single instant, transported me back and held me in the now and stretched boundlessly into the future, all at the same time.

Those five words took me back to a moment suspended between the approval of the adoption panel and the introductions that would bring our first child home. An ending and a beginning, all at the same time.

We’d spent the evening with friends, hearing the story of St Brendan and his legendary voyage. A monk with a yearning for the ocean and a heart that beat to the crashing of the waves. A man whose God called him over the horizon, into the unknown, with a ragtag team of sailors and a wood-and-leather coracle, bound together with flax and a trust in the promised land.

Encounters with sea monsters. Gazing on the briny wonders of the deep. Forcing the oars through treacle-thick waters. Oasis moments on serendipitous islands. The scourging onslaught of the storm. The pitch and the swell and the roll of the sea. Finding the Promised Land. A return home.

As the story ended, I found myself back at the beginning. Standing with Brendan on the shore, solid, dependable, grounded. Yet the sand was already shifting beneath my feet, the whisper of the horizon was curling in my ear.

In my other ear, doubt uncoiled and gripped.

“Do you have what it takes? Are you sure? Can you reef the mainsail, steady the helm, steer safely when the waves rise and the current takes you? Can you protect a small passenger from the raging tumult, hold them fast in the tempest unleashed? Do you even know how to sail?”

I didn’t know how to sail.

But the sands had already drifted and my feet were doused in the surf. So I made my choice. I got into the boat.

Years later and I still don’t know all the secrets of sailing. Our coracle is bound together with fierce love and abiding hope. It is storm-beaten, scarred, broken and mended. It carries four passengers now. Together, we encounter monsters, gaze on the beauty and the wonder of the deep, force our way through treacle-thick waters, find moments of oasis, and survive, and survive, through the scourging of the storms.

We haven’t found our Promised Land. But I suspect it is closer than we think, slowly unwinding through the act of sailing itself.

My soul is made of homespun comfort, an unassuming tapestry of cosiness and safety, rooted, anchored. But my heart felt a yearning for the ocean, beat with the crashing of the waves. And now the boat is where I belong.

Then. And now. And in the future.

Trust in the rolling ocean.

“Trust in the rolling ocean” is a lyric from a song written for the Darwin Song Project, put together by Shrewsbury Folk Festival in 2009, bringing eight folk artists together to write and record songs inspired by the story of Charles Darwin. As I doubted myself after hearing Brendan’s story all those years ago, the lyrics came into my head. The song has stayed with me ever since, an anthem to our family’s journey.